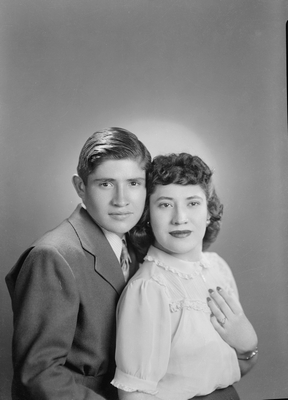 Cisco Guevara and Socorro Guevara (married name, Arroyo) were two of six siblings. Socorro had three daughters and passed away at young age. Cisco join the Army Air Corps before the U.S. was involved in WWII. He flew missions over China. He was later based in North Africa and England and continued to fly missions. After the war, he graduated from Texas A&M with a degree in chemical engineering. He worked at Los Alamos, New Mexico.